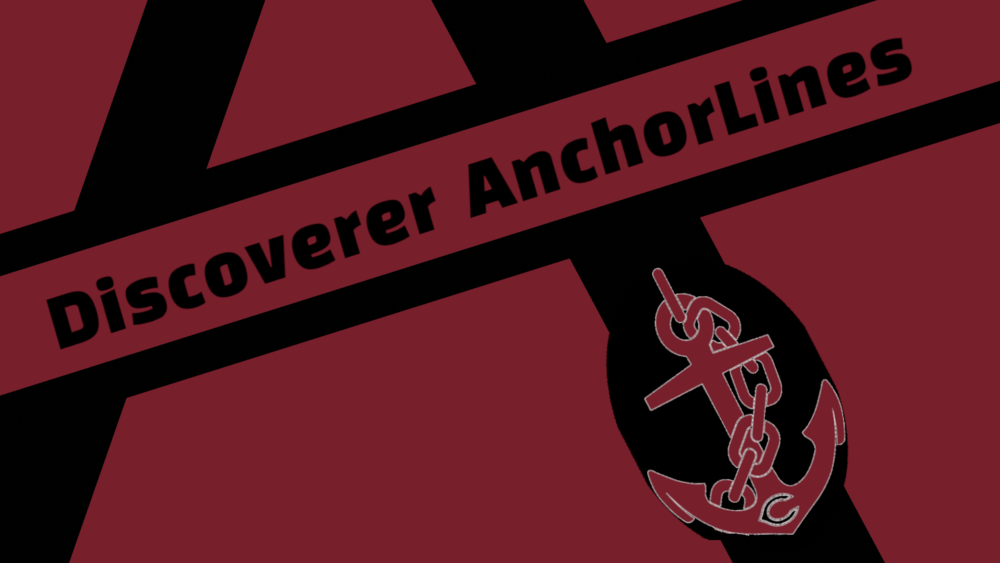 Benit is Back! More "Just Clowning Around" out today
Isaiah May
Friday, January 22, 2021

Discoverer AnchorLines, the student-led media group, has added a new writer to its staff.

Senior Benit Kutalu is an absurdist author whose passion for writing only recently began.

The now titled project, "Just Clowning Around," continues below.

“Harry, oh Harry, where are you darling?” the woman sang as she danced in her comically large living room.

“I am here, my dear, and ready,” Harry responds as he storms down the stairs in a clown costume.

“Ready for your job interview?” she asks him.

“Harry, don’t do that here!” she screams and hands him a suitcase with the words: “Which That Does Not Kill You Only Makes You Stronger.” The man glares at the words. Ah, the comforting words of Friedrich Nietzsche, or was it Kelly Clarkson? He thought to himself. She reaches for the button on his costume. “What are you doing?” he asks.

“Come on Barb, like the people at the office are going to care.”

“They notice things like this, you know.” He sighs and exits the home. Click! Click! The car door opens. Just before entering, he looks back and gives her one last nose honk. Bonk!. She responds with a smile.

“Hello, I’m Harry Wisindink. I’m here for an interview.” The woman unfazed by his office attire and simply says,

“Just sit in one of those chairs. I’ll call you up my when Mr. Foodse’s ready for you.”

“Alright, thank you,” he replies and honks his nose. Bonk! She gives him an unpleasant stare. “I’ll go sit down now.”

“I think it's best you do that sir.” He ventures to a seat next to an old woman wearing a t-shirt that reads: I Can Still Have Fun at My Age. Harry admires the nice piece of clothing.

“If you don’t mind me asking, where did you buy that lovely T-shirt made from child labor?”

“Oh, I didn’t buy it myself. My grandson got it for me. He’s a real comedian,” the woman begins. “Two summers ago, no three. Maybe it was six. I don’t remember. It was a long time ago. He bought me this. He also got me this.” She pulls out a small flag of all the communist leaders in history. How lovely, he thinks to himself and spaces out. Seconds that feel like hours pass.

“Hey watch it!” He screams. This startles the old woman.

“Mr. Foodse is ready for you.” She says and points him in the direction of Foodse’s office. “Thank you very much ma’am,” he says and honks his nose one more time at her. Bonk!

“Mr. Foodse?” he asks a man sitting in a chair. His back was facing the door and was holding a cigar menacingly.

“Yes,” the man says and turns slowly. Harry goes for a handshake.

“Clark Foodse, how the heck are ya?!”

“So you’re going through a messy divorce and have been diagnosed with stage 4 pancreatic cancer as well?” Harry looks at him with a perplexed expression. “I’m kidding. Sit down, sit down.” Harry hesitantly takes his seat.

“Absolutely, that’s why I showed up in this outfit.”

“You must have seen the ad?”

“Oh yes, of course. I see you followed the instructions,” Foodse says and stands up. He begins to walk around the office turning the blinds making it invisible to the outside. “Fantastic, you are just the kind of person we need around here.”

“You don’t even know me?” Harry says.

“That’s not a problem.” Harry looks at Foodse as he continued turning the blinds. The feeling of discomfort filled Harry’s gut.

“If you don’t mind me asking, but why are you doing that?”

“Just preparing you for your introduction.”

“Introduction?” Harry says confused. “You haven’t even interviewed me yet?”

“Interview? Who needs that? This is Clown Inc.. We’re not like other companies.”

“What are you like?” Harry asks as Foodse hurries back to his seat. He clears the table violently. Harry pushes back in his chair towards the exit.

“What are you doing?!” Harry asks, questioning his life choices. Foodse goes to a large box and retrieves a giant book titled: “Clown Inc.: The Guidebook to Success” and slams it on the surface.

“Come, Harry,” Foodse says softly while staring intently at the book. Harry hesitantly scoots towards him in his chair.

“Should I be afraid?” Harry asks.

“Afraid of what? Knowledge?”

“Yes, knowledge of everything!” Foodse exclaims and grabs Harry by the shirt. “Knowledge of all that can be known!” His pupils became large. “Don’t you get it, this book is the motherboard!” He lets go of Harry’s shirt and points at the book.

“I suppose we should begin the introduction.” Harry sits back down, Foodse does the same. “Let’s start this thing,” he says, and turns to page 436.

Harry enters his home. Yes, the one with the comically large living room. There Barbara was knitting while watching the western comedy Blazing Saddles (1974).

“Harry, oh, oh, come over, the town’s about to welcome Bart as their new mayor!” She says. He removes his red nose and oversized shoes and heads upstairs without saying a word.

“Harry? Harry?” She asks. She calls for him again, he doesn’t answer. After minutes pass, she puts down her knitting gear and follows her husband. When she gets to the bedroom, she sees his clothes on the floor. “Harry? Harry? Harry, what’s wrong?” She asks, heading for the bathroom. She goes for the doorknob and opens it slowly, “Harry, is everything ok?” She asks as hot steam impairs her vision. No response. “Harry?” She asks a little louder this time. No response. He turns off the faucet, takes his towel, and exits the bathroom, meanwhile completely ignoring her presence. She follows him. “Harry, what’s wrong, you are scaring me?!” He avoids her question and begins robing himself in sleep attire. She gets closer to his face and attempts making eye contact. He moves his head to avoid eye contact. She puts her hands around his shoulders in a comforting manner.

“Don’t want to talk about it,” he finally says. His voice resembled the tone of an  “emo kid.”

“I think I should just go to bed,” he says, and goes under the covers.

“Yeah, just turn off the lights,” he responds in the same deadpan manner. Barbara reluctantly obeys his request and exits the room. Must not be a fan of Mel Brooks, she thinks to herself.