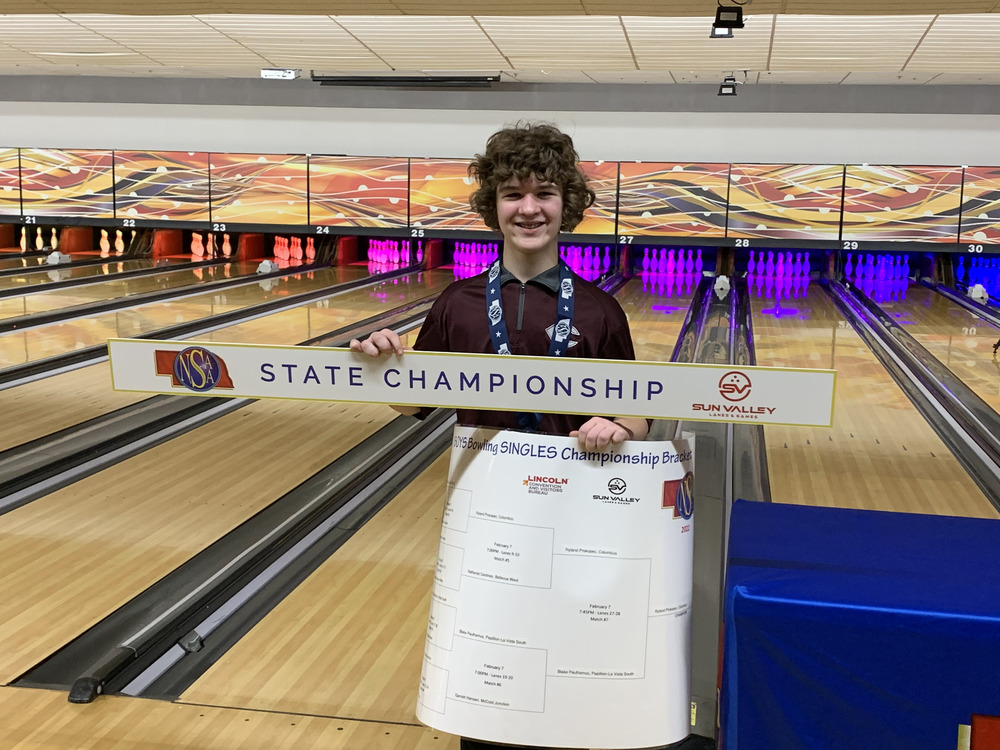 Congratulations to Ryland Prokopec who was named the Class A - Boys State Bowling Champion yesterday!  Ryland was seeded #8 coming into the state tournament and started his road to the championship by defeating #1 Cooper Nichols of  Lincoln Pius X.  In his third and final match of the day Prokopec defeated Paulhamus of Papillion-La Vista South 434 - 408 to secure the championship.