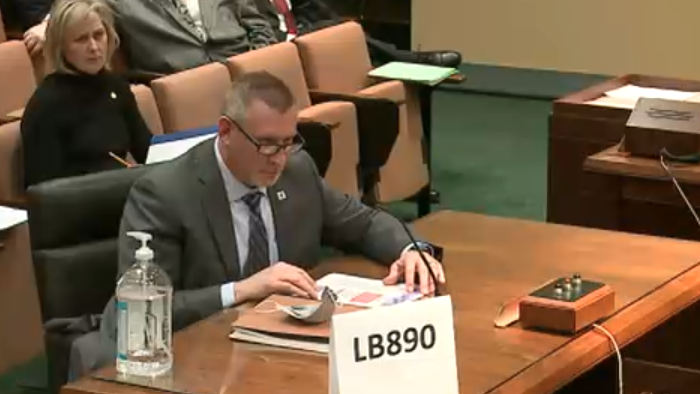 The two spoke in favor of the proposed legislation.

"I feel it is our purpose and responsibility to advocate for all Nebraska public schools, their staff, and their students," Loffelholz said in prepared remarks.

If adopted, Kay said, LB890 will reduce property tax asking by $750 million and a boast to all districts. "This has been a bipartisan process focused on compromise and establishing an equitable funding formula for all schools – Big and Small, Urban and Rural. By full implementation, 242 of 244 districts are ensured additional state aid compared to current statute," Kay said in testimony.

What does LB890 means to you? Read the update in Discoveries.

"By saving money in the good years, we can ensure funds in the future. We've been able to save better than we have been able to do in the past," she said in her opening statements. "This is taxpayer money, return to their local district, to educate their kids."

"This is reinvesting into each of our local communities," he said. "Education is a priority for every Nebraskan. We need to be responsive and assure that the funding and resources are available not only today, but well into the future."