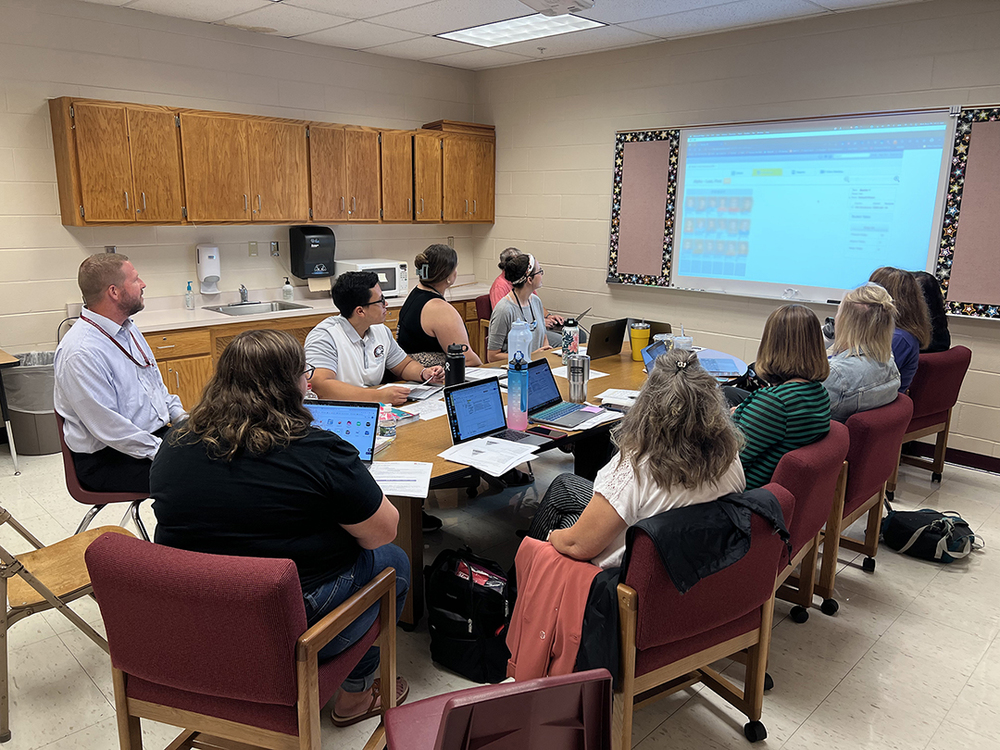 Monday marked the first time CPS has ever hosted a K-4 elementary on-site professional development. The first session was hosted at Centennial, with the others being scheduled.

"I feel like this was some of the best professional development we have done," Centennial Principal Andy Luebbe said.

Centennial teachers were surveyed on what topics would be most interesting as a development session. "We were able to provide help and support for the areas that teachers had identified were the most important for them."

"Whether it was social-emotional needs, differentiation, curriculum, technology, math, reading or Synergy, this process was able to get the support directly to the teachers that need it now," Luebbe said.

Floating subs covered the teachers with pre-made lessons, including utilizing the STEM On the Go lessons. Former CHS principal Steve Woodside covered for Luebbe so he could take part in each session.

"This was a great first step to respond to the teachers' request of personalizing the PD," Hausmann said. "We know we have some adjustments to make on our end. At the same time, we valued spending time with our Centennial colleagues trying to find solutions to meet their needs."